Toshiba Corp. has developed technology to detect 13 types of cancer from a single drop of blood with 99 percent accuracy, the company announced Monday.

Toshiba developed the diagnosis method together with the National Cancer Center Research Institute and Tokyo Medical University, and hopes to commercialize it in “several years” after starting a trial next year.

The method could be used to treat cancer in its early stage, it said.

The method is designed to examine the types and concentration of microRNA molecules secreted in blood from cancer cells. Toray Industries Inc. and other companies have also developed technologies to diagnose cancer using microRNA molecules from a blood sample.

“Compared to other companies’ methods, we have an edge in the degree of accuracy in cancer detection, the time required for detection and the cost,” Koji Hashimoto, chief research scientist at Toshiba’s Frontier Research Laboratory, told a press briefing.

Toshiba has developed a chip and a small device that can conduct the diagnosis in less than two hours. A blood test using it is expected to cost ¥20,000 or less, it said.

It is possible that the device will be used in health checkups, the company said.

In its five-year business strategy from April 2019, Toshiba has positioned medical businesses, including genome analysis and cell diagnosis, among key growth pillars along with automation, batteries and digital solutions using artificial intelligence. 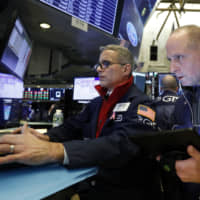 Wall Street sets records on trade truce optimism
Each of Wall Street’s three major averages kicked off the trading week by closing at records on Monday as signs pointed to progress between the United States and China on a trade truce, while a rou… 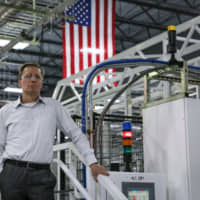