Kelly Swift grew tired of the Los Angeles area a few years ago so she decided to leave—and take her job with her.

Ms. Swift kept her role in health-care information-technology consulting, and her California salary, when she and her family settled in a suburb of Boise, Idaho. Her employer didn’t mind that she started working from home.

Ms. Swift joined a group of workers fueling a renaissance in American cities that lie outside the major job hubs. People who do their jobs from home, freelance or constantly travel for work are migrating away from expensive urban centers such as Los Angeles and San Francisco toward cheaper, smaller cities including Boise; Denver; Austin, Texas; and Portland, Ore.; according to economists and local residents.

That has brought a boom to these midsize cities, and while the ultimate effects aren’t yet clear, the development comes with a few downsides. Many places are dealing with growing pains like fast-rising home prices and traffic congestion, but aren’t accruing all the economic benefits, such as the deep investments companies often make in the areas where they are based.

“One of the bummers is that they are not necessarily joining the workforce,” said Sheila Smith, a real-estate agent in Boise. Many of the out-of-town arrivals she sells to work from home or commute to jobs in distant cities, she said.

Additionally, workers tend to spread out geographically during an economic cycle’s later stages, economists say, raising questions about how these cities will fare in a downturn. Workers are usually more confident—and employers more lenient—when the economy has been flourishing.

Ms. Swift said she and her family were effectively living paycheck to paycheck in the Los Angeles area. But living in Boise is 35% less expensive than living in Los Angeles, according to personal-finance website Bankrate.com. She and her husband, who have two children, bought a house in the Boise area after renting in L.A. It is twice as big as their old place, but the monthly payments are half as much as their L.A. rent. There was also enough room for her mother to move in.

“We all love it,” she said. “We have a much higher quality of life here.”

Some regions see remote work as a promising way to lure people who otherwise wouldn’t consider the move. Vermont and the Shoals area of Alabama, among others, have introduced giveaways to draw telecommuters in the last few years. A program in Tulsa, Okla., hands some arriving remote workers $10,000 in cash.  “You’re looking for something new,” says the website for the program, which is sponsored by the George Kaiser Family Foundation. “We’re looking for great people to join the Tulsa community.”

The role of remote work has become increasingly important as migration paths emerge across the country. The biggest U.S. cities are still drawing more people than they are losing, but the rate is slowing, according to Jenny Ying, a data scientist at LinkedIn, the workplace networking website.

Workers are moving from New York City to Charlotte. N.C., and Orlando, Fla., and from Chicago to Nashville, Tenn., and Indianapolis, according to an analysis for The Wall Street Journal by LinkedIn. They are also leaving Los Angeles for Las Vegas, San Francisco for Reno, Nev., and Seattle for Eugene, Ore.

“The livability crises of certainly the West Coast and some of the East Coast are clearly a push factor,” said

a senior fellow at the Metropolitan Policy Program at the Brookings Institution.

In 2017, some 5.3% of adults in metro areas of between 500,000 and three million people worked from home, a rough proxy for remote workers. That was up from 3.7% a decade earlier, according to an analysis of the latest Census Bureau data that Mr. Muro did for the Journal. 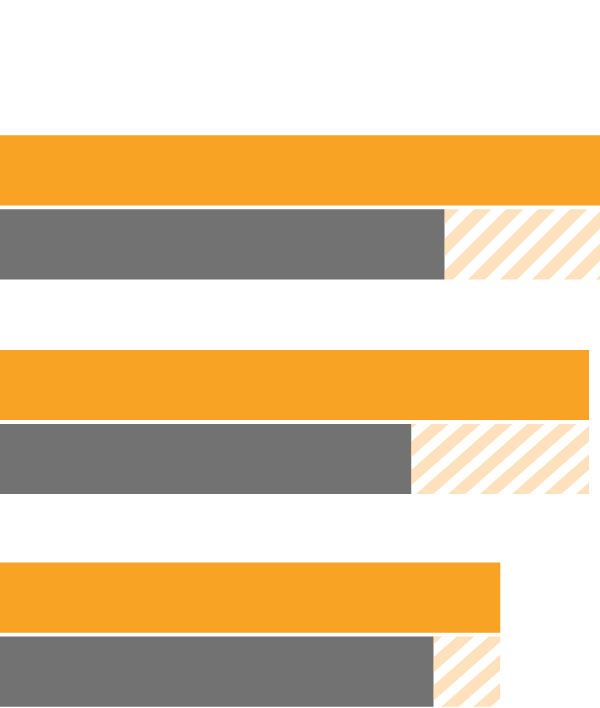 Share of workers working from home, by metro-area size

The proportion of home workers in these metros—which includes Boise on the smaller side and Denver on the larger side—grew faster than in both smaller and larger regions.

Among freelancers, nearly four-fifths choose to do so partly because it allows them to work from a location of their choosing, according to a survey by the freelance marketplace

The survey also found that if freelancing keeps increasing in popularity, people are more likely to move out of urban job centers to places that cater to their lifestyles.

In Boise, locals say that a lot of the new residents are attracted by the mix of city and small-town amenities as well as the abundant outdoor activities. “We just hit a lot of marks, so we attract a lot of people who have the ability to work anywhere,” said Andrea Pettitt, a Boise real-estate agent. 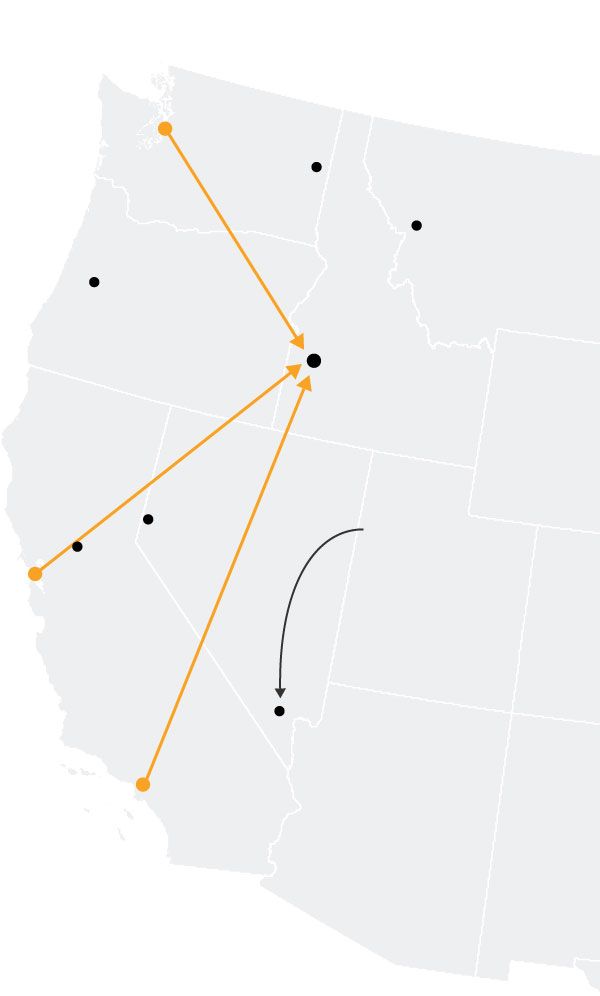 Other cities with migration paths similar to Boise’s

For each worker who left Boise over the past four years, 1.57 workers moved in, making the city the biggest magnet for new residents in the LinkedIn analysis. New Boise arrivals most often come from Los Angeles, San Francisco and Seattle. Many have skills tied to strategy, sales, business development and startups, all of which tend to translate well from one place to another. Some own small businesses.

Kim and Matt Lutterloh, who are originally from Seattle, moved to the Boise suburb of Meridian two years ago after a stint in Scottsdale, Ariz. They considered moving back to Seattle, but decided against it because housing had gotten so expensive.

The Lutterlohs, who plan to stay for the foreseeable future, enjoy the rich culture of the downtown area, which they say has a familiar vibe.

“It feels like a little bit of Seattle 15 years ago,” he said.

—Lauren Weber contributed to this article.

How do you think this job migration could help or hurt local economies? Join the conversation below.

Write to Ben Eisen at ben.eisen@wsj.com